Congresswoman Marcy Kaptur and Democratic presidential candidate Bernie Sanders have proposed legislation to alter 1031 exchanges that may adversely affect real estate capital gains tax deferral. These politicians desire a repeal of the tax provision as a means of funding retiree pensions. A collection of commercial real estate interest groups including the Real Estate Roundtable are gathering support to protect the 1031 exchange.

Sanders’ and Kaptur’s legislation is detailed in the proposed “Keep Our Pension Promises Act of 2015″. It would eliminate laws that permit trustees of multi-employer pension plans mired in financial troubles to decrease the benefits paid to retirees as well as their widows and widowers. The bill would create a legacy fund positioned in the Pension Benefit Guaranty Corp. to provide funding to those who exit the multi-employer plans.

Pensions rights groups state that this money would come from increased taxes tied to the disposal of tax breaks for estates and the wealthy. One of the alterations would include a revision to a section of the tax code that permits investors to execute 1031 property exchanges deemed “like kind” to delay the imposition of taxes until the actual date of sale.

The Obama Administration has been looking for such a way to dispose of deductions and tax loopholes for the wealthy in an effort to reduce the deficit.

The 2016 budget caps capital gains tax deferral in 1031 exchanges at $1 million annually for each taxpayer. Learn more about how the 1031 exchange works today by contacting MANSARD. The legislation proposed by Kaptur and Sanders would cap the gains that can be protected from taxes in real estate exchanges at the same level but indexed to increase with inflation.

The aim is to eliminate a tax shelter for upper-class speculators and real estate developers. Political pundits believe that the proposed legislation will probably not pass as Congress has sided with real estate groups on such issues in the recent past. 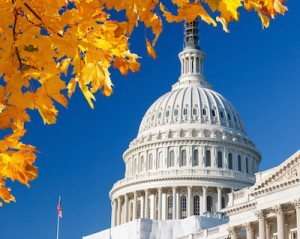 These groups believe that Congress could still benefit from an enhanced understanding of like-kind exchanges and their prevalence in real estate transactions.

The legislation would likely have a negative economic impact in terms of real estate investment and capital formation. Real estate groups argue that the elimination of like-kind exchanges would only disturb property markets and consequently harm owners as well as their tenants.

These groups cite a report known as the “Ling and Petrova Study” that indicates the economically damaging consequences of the proposed legislation. Rents would likely jump between 8 and 13 percent while the cost of office, retail and industrial properties would drop by 12 percent.

States with higher than normal taxes like Colorado, California, Arizona and Oregon would experience especially egregious price and rent alterations. There is a strong chance that these harmful changes could occur without any actual benefit in terms of increased tax revenue. Real estate groups believe that members of Congress who see the study’s data will be persuaded to vote down the legislation and maintain 1031 exchanges.

Are you considering or involved in a 1031 exchange? For more information, contact Jeremy Cyrier, CCIM at jeremy@mansardcre.com or by phone at 617-674-2043.